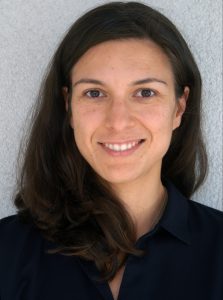 Sub-State Ethnic Minority Language Rights and the Educational Migration in Central And Eastern Europe: A Case Study Of Serbia

Vojvodina, the northern autonomous province of Serbia, is known for its stormy past and changing borders. It is a multi-ethnic region, home to 25 different ethnic minorities, with a clear (and growing) Serbian majority. I will focus on three ethnic minority communities: Hungarian (13%), Slovak (2.6%) and Romanian (1.3%). Members of these Hungarian, Slovak, and Romanian ethnic minorities are in a challenging position: the main bodies of their nations live in nation states inside the European Union (EU), while they are ‘locked out’ in Serbia, a non-EU state. The educational system of Serbia allows preschool, primary and secondary education in the mother tongues (Hungarian, Romanian, and Slovak), but it does not provide post-secondary education in ethnic minority languages. If they choose to study in Serbian, they need to master the Serbian language, as without proficiency in Serbian they often face a language barrier that makes their participation in classes and examination difficult (Lendák-Kabók, 2021).

In this presentation I provide an analysis of the status and career choices of 2,192 Hungarian, Slovak, and Romanian ethnic minority high school graduates in Vojvodina across 16 municipalities. The results showed that almost 40% planned to leave Serbia to study in their mother tongues in nearby European Union (EU) countries. While this brain drain is not a new trend, our research shows that there are new and different reasons for it. A gender-sensitive analysis of the responses was undertaken that showed that there are gender-based differences in terms of which students continue their studies after high school, and in the reasons for staying in Serbia.

Dr. Karolina Lendák-Kabók is an Assistant Professor at the Study Program of Social Work, Faculty of Philosophy, University of Novi Sad, Serbia. She holds a PhD in Gender Studies. The focus of her research is the position of ethnic minorities, language barrier, ethnic intermarriages, and intersectionality. Karolina was awarded the Crystal Ball Award in 2017 for an outstanding scientific contribution of a young Hungarian scholar from Vojvodina. In 2014, she received a “National Excellence” scholarship in Hungary and was part of the Hungarian three-year-long “Collegium Talentum” research scholarship program (2013 – 2016) for gifted Hungarian students who live across the border of Hungary. She was a visiting researcher at CEU Budapest in 2015, at the University of Sydney in 2016, at the Université Paris-Est Créteil, Paris and the University of Lausanne, Switzerland in 2018. She was an invited speaker at the Sociology Department, Graduate School of Letters, Kyoto University, Japan on March 15th, 2019. In the 2018/19 school year she took part in a Doctoral Support Program, a visiting doctoral student at the Department for Gender Studies, CEU, Budapest, Hungary. After defending her PhD, she was a postdoc researcher at ELTE, Faculty of Social Sciences, Budapest, Hungary in 2019.  Karolina speaks Hungarian, Serbian/Croatian/Bosnian, English, and German. Karolina is married and a proud mother of three underage children.