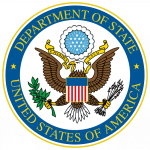 Program of the U.S. Department of State’s Bureau of Educational and Cultural Affairs

The Benjamin Franklin Transatlantic Fellows Summer Institute (BFTF), a program of the U.S. Department of State’s Bureau of Educational and Cultural Affairs, began in 2006 to commemorate the 300th anniversary of birth of Benjamin Franklin, the legendary American statesman and diplomat, whose career, interests, and studies took him across the Atlantic Ocean, bringing about better understanding between Americans and Europeans.

As a diplomat and a printer, he used the power of diplomacy and the media to increase the exchange of information between Americans and the people of other countries.  The Institute guides U.S. and European participants to examine what we need to know about each other to communicate better and to face the many challenges of the 21st century together. The Institute also explores how young people interact with media, both as consumers and producers of information, and how the freedom of expression provides rights and imposes responsibilities on citizens.

Friendship, leadership skills, knowledge gained from the lessons taken… many, it is hard to be selective. It just shaped me as a person.”

BFTF is bringing together a group of diverse and intellectually curious students from Europe and the United States aged 16 to 18 to participate in an intensive four-week exchange program on the campus of Purdue University. We see the Institute as an academically and intellectually rigorous, socially and culturally diverse, and practically valuable forum for European and American youth.

The Institute will offer a combination of interactive classes, seminars, workshops, webinars, and teleconferences presented by prominent scholars and specialists in international relations, diplomacy, communication, media, and civic education. To view the sample scheduled program see the 2019 detailed daily schedule.